London – what was NatWest’s surprise for the city? 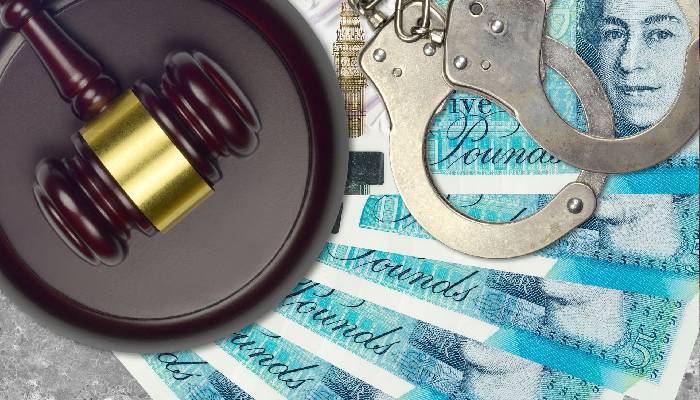 The officials said that NatWest was allegedly failing to adhere to the following regulations’ requirements: MLR 2007 (the Money Laundering Regulations) 8(1), 8(3), as well as 14(1). This was supposedly taking place between November 2011 and October 2016.

Because of the regulations, the firm is required to conduct due diligence and continuous monitoring of the relationships with the customers in order to prevent money laundering. This specific case arose from the way of handling funds deposited into the UK incorporated NatWest’s customer’s accounts. The FCA’s allegations focus on the ‘increasingly large’ deposits – with an alleged £365 million paid into their accounts (of which £264 million was deposited in cash). NatWest, according to the Financial Conduct Authority, failed the task of adequately monitoring, and scrutinizing this suspicious act.

This was actually the first case of the bank being prosecuted under the Money Laundering Regulations with no individuals being charged during the proceedings.

How has NatWest been?

The bank’s recent positive financial results were received with the feeling of relief. And currently, even though they aren’t competing for the first place, NatWest is still the fourth largest United Kingdom bank (the three positions before him are of course held by Lloyds, Barclays, and HSBC).

Since November 2019, NatWest has been prospering under the wings of Alison Rose, who has been appointed the bank’s CEO. Since the very beginning of the position, she praised the need to maintain the bank’s soundness and safety as fundaments of any further commitments.

She also seemed to be pretty excited about the future challenges (if only she had known about Covid-19) and the bank’s goals. With Brexit and pandemic, it would be hard to imagine yet another ‘challenge’ being very much needed in the NatWest’s structures.

The change of watch at the FCA

The Financial Conduct Authority has also appointed the new CEO recently. The former London Stock Exchange CEO – Nikhil Rathi – took over FCA last summer. He was excited about the challenges ahead of him as well, as his institution was planning to focus more attention on the regulatory framework.

A few months passed, and Rathi appointed Jessica Rusu as the new Chief Data Officer, Sarah Pritchard as the new Executive Director of Markets, and Stephanie Cohen as the new Chief Operating Officer. And only a few weeks after that the scandal shook the whole City of London.

The unwelcome surprise for London

Brexit has appeared as a really big challenge for the City of London, but nobody should be surprised by that. Londoners lost thousands of jobs, as financial institutions moved to Frankfurt. Amsterdam took first place as Europe’s largest bonds trader, and Dublin and Luxembourg welcomed tens of companies and banks seeking the EU-based shelter. In reality, the first months of independence have been really tough for the city.

Now, on top of that, the big money laundering scandal explodes and seems to be the biggest since the ‘FinCEN files’ leak that took place in September 2020.

The criminal proceedings against NatWest Bank commenced by the Financial Conduct Authorities have been read in London as a warning for any institution that could have potentially (unwillingly or on purpose) failed to conduct the required procedures. And although the events have shocked Londoners, nobody should be surprised. £264 million in cash is too big of a fortune to be overlooked.

To read an interesting in-depth story about the latest NatWest controversy, visit the Disruption Banking page. We’re strongly inviting you to dive into Andy Samu’s fascinating piece with lots of insights, predictions, and a really comprehensive recap of the events. To access the mentioned original article, simply use the following link: https://disruptionbanking.com/2021/03/16/natwests-unwelcome-surprise-for-the-city-of-london/.