The Situations Resulting in Damages Claimable for Personal Injuries 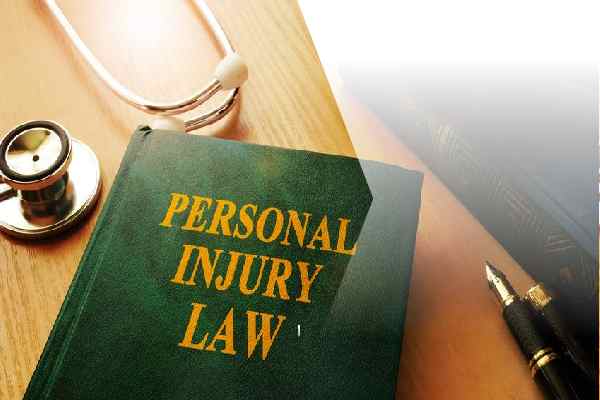 Many accidents will happen at work, but this is not the only area where they can happen. People in all situations, including leisure, can be negligent in their actions, and so cause injury to another. They may or may not be insured for, but this does not make the person responsible any less liable for their actions. It simply means that they have not properly protected themselves against such a situation occurring.

By hiring law firms, injured parties can receive the damages or compensation that they are due because of what has happened. A personal injury lawyer will fight your corner as if it were a boxing match. It can feel like that sometimes, with each part delivering a blow to the other side. In the case of the party being sued for damages, it will be to try and prove that there was no negligence involved or be something that lessens the compensation ultimately due. With regards to the injured party, it will be a piece of evidence delivered by their lawyer that helps prove negligence or means that there was more trauma suffered than is being presented by the other side.

So, we should consider here the situations that may result in a possible claim for personal injury because it was not self-inflicted or preventable from the injured party’s point of view, but was by another.

An employer has a duty of care to every employee to ensure that they are protected from harm during their time employed. Health and Safety policies and Health and Safety Executives exist to try to ensure this, but neither can completely prevent accidents from happening. There will be employers who cut corners in the name of increasing profits. This may mean ignoring safety procedures because they take time away from production, or be a cost-saving measure relating to not renewing safety equipment when it is no longer up to the job. Many employees will fear for their job in speaking out and it will be too late once a claim is being made. It will mean that someone has been injured.  There is no changing that then, but a personal injury lawyer can ensure that the highest possible compensation is awarded to help the victim, and also to send a message out that will help protect others from a similar work injury happening.

Claims can be the result of portions of a property’s roof falling off and injuring someone passing by. So, in these circumstances, a personal injury claim will more than likely mean fighting the might of a large insurance company to achieve a fair settlement. It will be a welcome intervention to have a personal injury lawyer on your side when your finances are at stake. It was, after all, the responsibility of the householder to have regularly maintained their property and checked it after that storm, and not to ignore loose tiles that have the potential to injure you as the passer-by and stop you from working and earning money.

Dog bites can represent a significant personal injury because they have the potential to cause a more serious injury. A wrongful death, worst-case scenario. So, these can be claimed for, however minor, where a pet owner has not kept their dog suitably restrained to protect a member of the public from attack.

Making the claim is also thinking about others who may sustain an injury from that same dog. It is alerting authorities to the danger and meaning that something can be done with regards to dealing with the dog humanely, whether that is muzzling it in the future or unfortunately destroying the dog who has developed a taste for human blood. Whatever the trigger factor for the attack, nobody can take the chance, and particularly where children are concerned. It is a distressing situation for those injured and a pet’s owner but is something a personal injury lawyer is used to dealing with using compassion.

Any compensation awarded will need to take account of lost working time and what income that would have meant. This will be dependant on the severity of the injury sustained. There will also be an allowance for the distress caused. It can be a frightening experience having a dog chase you and then go for you in an unprovoked attack. There are some very strong breeds out there that can potentially, if not restrained properly, overpower humans. Even the strongest amongst us. So, it is nothing to feel ashamed about, that you could not protect yourself, but a legal case to pursue in the name of justice and protecting others who may sustain a similar fate from that same dog, or others where not enough thought has been given to managing the potential threat.

To conclude, accidents can happen anywhere, and it is for the personal injury lawyer to take up your case to ensure maximum compensation or damages are awarded to you for your inconvenience, trauma, and financial changes in circumstances as the injury party. Claims can run into large sums of money where significant injuries, sometimes life-changing ones, are sustained. It is always worth pursuing a claim, and a personal injury lawyer can advise you on your chances and on the likely sum you might receive, based on past cases.