Government of India’s, Sovereign Gold Bond (SGB) 2016 -17 Scheme’s 7th Tranche was open for subscription from February 27, 2017 to March 03, 2017. The nominal value of Gold Bond was fixed at ` 2893 per gram of gold, after offering a discount of ` 50 per gram on the average closing price for gold of 999 purity of the week prior to the subscription period which worked out to ` 2943 per gram and its figures for collections are awaited. The total collections under earlier six SGB Schemes, as per the government’s statement, have been to the tune of 14.071 tonnes worth of Gold, with bonds subscribed amounting to ` 4127 crore. The latest estimates by the World Gold Council, suggest Gold with Indian households and temples to be around 24,000 tonnes.

Sovereign Gold Bonds (SGBs) are government securities denominated in grams of Gold. They are substitutes for holding physical Gold. Investors have to pay the issue price in cash and the bonds can be redeemed in cash on maturity. The SGBs are issued by Reserve Bank on behalf of Government of India. SGBs are sold through scheduled commercial banks (excluding RRBs), SHCIL offices and designated Post Offices either directly or through their agents. India imported Gold worth $ 34982 million in 2015 and this is a drag on the Foreign Exchange Reserves of the country. The SGB Schemes are launched with the aim to reduce demand, including through imports, for physical gold, and in process reduce India’s Current Account Deficit (CAD).

Key Features and Advantages of Investing in Sovereign Bonds are as under: 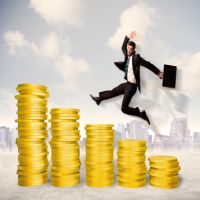 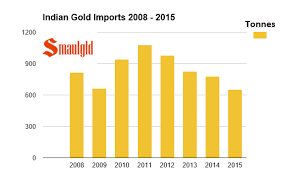 What’s the Difference Between Commercial and Retail Banking?