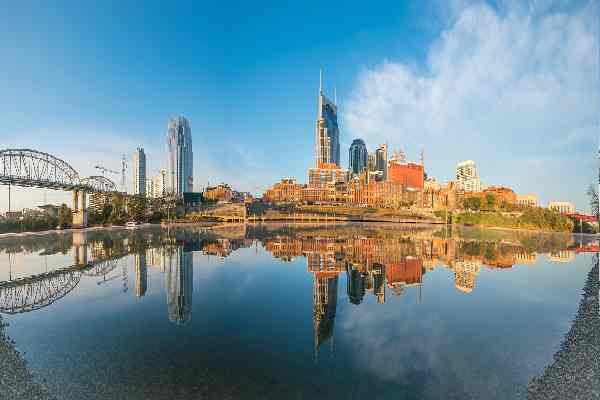 Nashville, the capital of the State of Tennessee, has been attracting people for various reasons. By virtue of being home to many universities and colleges, student communities from around the world take cheap flights to Nashville for studies and higher education in a fascinating destination, which has been nicknamed “Athens of the South”.

But it’s not education alone which has brought acclaim to Nashville, a picturesque city located right in the heart of Tennessee on the Cumberland River. Founded in 1779, the easily navigable city on foot is renowned world over as the “Capital of Country Music”, and is fondly known to many as the Music City. A perfect base to explore the rest of Tennessee, Nashville offers numerous historical, cultural and recreational attractions to the tourists planning to spend their holidays here.

Let’s get an insight on how to enjoy the myriad attractions, the vibrant atmosphere, sights and sounds that Nashville has to offer to the best possible extent.

Nashville can be best explored by taking walking tours of the highly accessible city. If you enjoy walking then consider heading to the historic John Seigenthaler Pedestrian Bridge to get awesome views over the Cumberland River. Another favorite pastime for tourists is to take a self-guided tour of the upscale Germantown area where you will find many superb restaurants and boutique shops. Moreover, tourists are also offered plenty of music-themed walks as well, which will take you through the Music City Walk of Fame on the city’s “Music Mile” and the Country Music Hall of Fame in the famous Music Row district. These attractions will provide a glimpse on the influence that music had on Nashville through a series of plaques dedicated to the artists connected to the city and its rich musical history. In addition to all these, the people-friendly streets and lush parks make Nashville one of the top cities in the United States to explore it in the traditional, old-fashioned way.

Music Row – the heart and soul of America’s music industry

Music Row, located in the famous Music Square in downtown Nashville, is the heart and soul of the music industry in America. This fascinating place is devoted to the musicians and their music. You will find many museums, memorabilia shops and souvenirs here. Many plaques and memorials can also be found dedicated to some of the music-related sites. Music Row is veritably a Mecca for country music fans, who visit here to see popular landmarks and attractions such as the Country Music Hall of Fame and Museum, and RCA Studio B. You can also consider taking guided tours to see these popular places. It will be just great for you to know that besides country music, Nashville is also a hub for other music genres like gospel and Christian music, including record labels, recording studios, radio and TV stations. Whether you are dining, shopping or sightseeing the Music Row is undoubtedly a great place for you to get your music fix.

Catch up shows at the Grand Ole Opry

Have you ever heard of “Opryland”? This former music-industry-themed amusement park was great favorites with the visitors in Nashville. The name is however today associated with the Grand Ole Opry, which is home to the paddle-wheel showboat the General Jackson, the huge Opry Mills shopping mall, and the Gaylord Opryland Resort and Convention Center. Radio shows broadcast from the Grand Ole Opry have been entertaining people since 1925 and continue even now. Above all, the Grand Ole Opry House is a great place to catch up regular musical shows starring famous country stars. The fun backstage tours are also organized to entertain you. While in Grand Ole Opry, you can also look forward to a variety of cruises, including dining and show packages, on board the four-deck paddle-wheel General Jackson Showboat resembling a steamship from the 1800s on the Cumberland River. There are other music-themed things for you to do and explore here, such as the Nashville Opera, the Texas Troubadour Theatre, the Willie Nelson and Friends Museum and General Store. If you are planning a great night out in Nashville then the Grand Ole Opry is surely the place not to be missed at all.

The Nashville Zoo is a great place in the city to bring your kids and family for amazing views of the exotic wildlife here. Home to nearly 2,700 animals from 365 species, Nashville Zoo is ready to captivate you with the animals from Asia, the rainforests of South America, and the plains of Africa – all found within its premises. You will be amazed to see the Bengal tigers, toucans, Baird tapirs and rare clouded leopards residing in habitats representing their natural environments. Enter an aviary through the Lorikeet Landing only to be surrounded by 50+ Australian parrots. Your kids and family will love riding the Wilderness Express Train and the Wild Animal Carousel. The large Jungle Gym is yet another fun option for your kids to explore, crawl, climb, swing and slide. The thrilling zipline experience is also there to keep you entertained at Zoo Nashville.

Nashville is a wonderful destination attracting a large number of tourists from within the United States and Europe. Travelling from the UK? Then make British Airways reservations now for a fulfilling, entertaining, musical getaway to Nashville and get once-in-a-lifetime experience.