Most Common Myths and Facts about E-Cigarettes 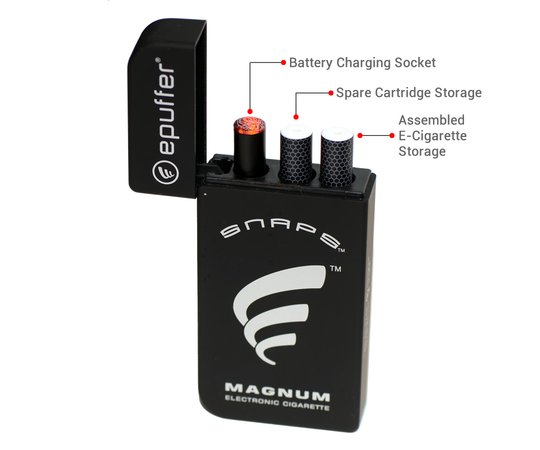 A lot has been said about e-cigarettes in the media as well as among people some of who claim to be experts on the subject. There has been some controversy that has been created around the subject of e-cigs. As happens with most controversies, a lot of the information provided is mere speculation and not facts.

Evidence and reports from tobacco experts indicates that although vaping is not without some amount of risk, it is still by far less harmful that conventional smoking of cigarettes. A number of bodies in the UK such as Action on Smoking and Health and the Royal College of Physicians among others are in agreement on this view.
Debunking the Myths and Unleashing the Facts

1. E-Cigarettes are Merely Water Vapor
Fact: No, they are not. E-cigs and cigarettes are different in one major aspect; cigarettes are tobacco-based while e-cigs are not. The e-cigarette does not release as many chemicals as the cigarette does. However, that does not mean that vaping is free of chemicals.
2. You Get ‘popcorn Lung’
You may have heard this one especially because there are some flavours that are used in e-liquids such as the buttery one which contain diacetyl. Too much exposure to this chemical may cause lung complications such as bronchiolitis obliterans.
Fact: Diacetyl is banned as an ingredient from e-liquids and e-cigs. While its presence was detected in the past, the levels used are significantly lower than the levels found in cigarette smoke. Even at the levels in smoke, it is not a major concern with regard to the aforementioned disease.
3. There is No Regulation with E-Cigarettes
The main concern here is that with no regulation, no one can say with certainty what is contained in e-cigs.
Fact: E-cigarettes are strictly regulated. There are the expected minimum standards of quality and safety that distributors must meet as well as the packaging and labeling. Manufacturers are also bound by regulations to provide as much information as possible so that consumers know exactly what they are getting.
4. E-Cigarettes will Encourage Smoking
The belief is that vaping has been glamorized causing many impressionable youth to give it a try.
Fact: Reports indicate that young people (many already smokers to begin with) are experimenting with e-cigarettes. In the UK, for instance, smoking among young people is on a continuous decline.
Moreover, there are no reports to the effect that vaping makes smoking normal. While trends are being monitored, evidence shows that many of the younger folk frown upon smoking.
5. E-Cigarettes Do Not Help Smokers to Quit Smoking
Fact: Reports indicate that smokers who switch to vaping are twice as likely to quit as those who opt for Nicotine Replacement Therapy (NRT). Tests run on the two groups showed that the e-cigarette group had faster reductions in cough and phlegm.
Conclusion
E-cigarettes should not be confused with tobacco cigarettes. There is a world of difference between the two and users, the public, as well as the media, need to seek and provide the right information.
While e-cigs are not completely innocent, they do not carry as much risk as tobacco cigarettes. In addition, e-cigarettes are helping are a large number of cigarette smokers to quit smoking and stay off smoke.
You might also like
General