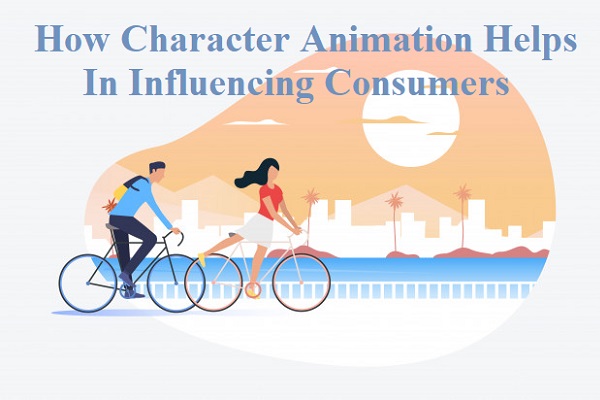 In this era of digital marketing, the concept of content marketing is fading and thus animation is taking the lead. The idea of animated spokes-character advertisements is quite impressive in today’s advertising industries. It is believed to be one of the most effective as well as a valuable marketing strategy. Everyone seems to be in love with the animated character as they can help you tell your story more comprehensively. People tend to remember the character more than the products or the company name. Character animation studio provides the right kind of characters to match your company objective or goals.

For many reasons, there has been an inevitable shift towards visual content on social media. The number of video posts per person has increased a lot in the last few years. Facebook alone has more than a billion streams every day. The pictures and the images are more likely to be remembered than the words.

With a wide number of videos that are trying to get the viewer’s attention, it has become very difficult for the companies to cut through the noise. Another boring video won’t do the trick and thus animated characters will help you get the customer’s attention. The majority of the consumers prefer video content especially when it has an animated character. The consumer preference will lead to a video explosion in content marketing. The video can be used more for converting and lead generation. Many of the potential buyers don’t want to talk with the salesperson. The bottom of the funnel is where videos as well as animations can influence sales in the later stages.

Internet users have short attention spans and one can only spend less time on a video. Animated characters evoke emotions that resonate with the viewers easily. It sparks different conversations and makes the audience want to follow the story. Nowadays people are used to interesting marketing ads.

The animated video brings different concepts to life that the test or live videos can’t. With the help of the animated characters, you can show how the mechanisms, as well as processes, work. Today most of the videos are created by the team which uses animation. It simplifies the difficult topics and helps one to understand and connect with the brands.

Animation Associate With Our Old Memories

Most of us associate the cartoon with old memories. From childhood, we are attached to animated characters easily. Animation can make us feel nostalgic which is one of the most powerful emotions. According to the studies, nostalgia has the power to filter out all the negative emotions as well as fight depression.

The Animation Is Really Fun

People love to get entertained, even if they talk business or get educated. The more entertaining your video, the more people which get attracted to it. Animation and an interesting character add points to the entertainment factor.

Engaging people with animated characters is quite impressive. Visit the website of the studios that can help you and make your business attract the targeted audience.

Top Google Searches in India in 2022