Technology
Share
Even though power banks have become quite popular it’s still important to know certain things about portable chargers. Not just what a power bank features, rather, you should know the certain types of power banks that there are on the market. This is because there are lots of portable chargers that are being sold, mostly because power banks are the type of charging electronic that is quite versatile. As a result, different power banks can be very useful for certain needs and if you get a power bank that doesn’t serve your needs and rather has a completely different kind of feature than you were expecting then you’re going to be dissatisfied with what you got.
Which is exactly, why I’m going to go over the most popular type of power banks that are currently on the market, what their features are and why you or someone would want to purchase one power bank over another.
Small Power Banks 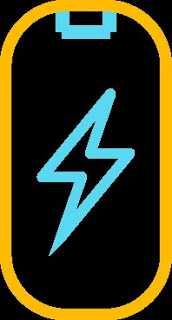 Mini power banks are the most popular type of portable chargers and that’s because they’re so small. In general, portable chargers are meant to small enough so that we can take them anywhere we want. In this case, that kind of statement stands very true and this is because power banks that have low power capacities are able to take on cylindrical or slim form factors that are so small that they can fit into our pockets or we can hold them and charge your smartphones while we’re using them.
With that said, as amazingly portable as Mini power banks are, the low power capacity, at most, is able to charge smartphones about 1 time only. Mini power banks aren’t for long-term and you’re likely going to have to recharge it at the end of the day.
High Capacity

Power banks with high power capacities hold their place, even though they’re very large. It’s with the high power capacity that you’re able to charge smartphones and tablets multiple times; however, the reason that high capacity power banks aren’t used by the masses is because of their larger sizes and heavier weight. In general, these kinds of power banks aren’t to be taken with you on-the-go as they won’t be able to fit into your pocket and the heavy weight will feel uncomfortable if you’re holding it in your hand.
So for the most part, these power banks are meant to be set down and used. Along the high power capacity, they have multiple charging ports that allow you to charge multiple devices at the same time; something that a USB wall charger is able to do and now you can do it with a power bank. With that said, the charging speed of those ports are significantly faster than Mini power banks and high capacity portable chargers also tend to feature special charging tech Quick Charge and USB-C to charge compatible devices at their max charging speeds.
Power Banks with Built-In Cables 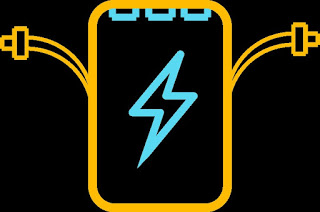 Every charging electronic that we use requires a charging cable; even Wireless chargers need a charging cable to be powered and for the most part, it’s not really a problem. It does become a problem when you’re using a power bank, however, because there are times when you can forget to unplug your charging cable from your USB wall charger and take it with you when you’re headed out the door. As a result, you’re stuck with a useless source of power.
The main solution to this is to get a power bank that ha a built-in charging cable. This way, the power bank that you use have will be reliable at all times. In addition to having the charging cable that you use the most; power banks with built in cables also feature USB ports to charge more devices at once and they also have built USB cables or AC Adapter to recharge the power bank. In the end, power banks with built in cables may not need any other cables at all.
Rugged Power Banks

Power banks are basically like any other charging electronic on the market and by that, I meant they’re still open to getting damaged if they’re dropped and water can also damage them. This is why there are Rugged Portable chargers. Rugged power banks are built better because they have reinforcements that are able to protect them from shock damage in the event of a fall. Also, Rugged power banks are waterproof.
With that said, it’s important to know that different Rugged power banks have different waterproofing levels. One Rugged power bank may say that it’s waterproof but you must take a look at what the Enclosure level is before you go ahead and purchase it. This is because one might be able to survive jets or splashes of water only and cannot withstand immersion in water; while there are some exceptionally built Rugged power banks that can actually be immersed into water.
Car Jumper Power Banks 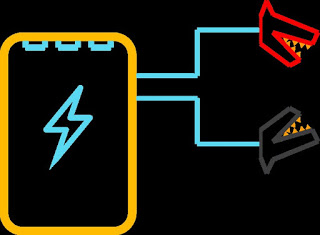 Overall, portable charges are versatile. This is because they’re able to have different power capacities, builds, charging abilities and also they can be used to power things that may have nothing to do with charging. The last one is very true because there are such things as Car Jumper power banks that are able to Jump Start cars.
There are lots of them on the market and different ones are able to jump start powerful or weaker cars. With that said, Jump Starter power banks are mostly meant to be placed into your car because they’re also able to charge your devices and some of them even have DC Output ports that are able to power appliances. Overall, Car Jumper power banks are among the most useful portable chargers out there because they offer vital powering and charging abilities.
You might also like
Digital Marketing