What Makes A Woman Undateable? 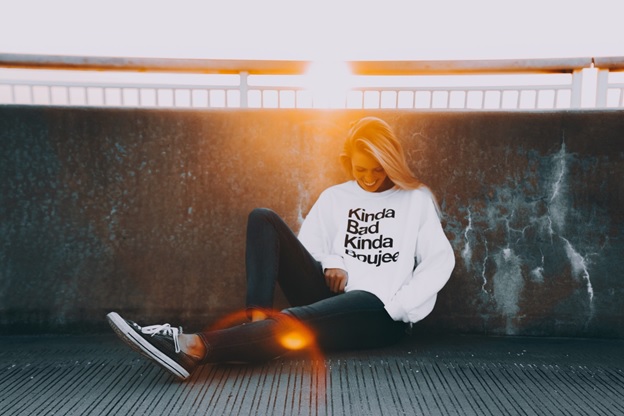 Let’s talk about some things that makes a woman undateable and see how you like it. At least that’s what Billie Jean said.

What makes a woman undateable? Our friends from Loveawake dating site put together the list of 18 signs you really are “the undateable girl,” and how to fix it.

1. She’s a vegan: Sorry, I like a gal who can polish off a T-bone or, at the very least, half a chicken.

5. She constantly slams people behind their backs.

6. “Thomas Kinkade is so awesome!”

7. She refuses to sing or dance because she’s terrible at both. Who cares? Live a little.

11. Her favorite authors are Nicholas Sparks and Stephenie Meyer.

12. She goes to the beach but never gets in the water. Ever.

13. She carries a little dog with her everywhere.

14. The word vagina freaks her out. I had a co-worker who was like this. Another woman said vagina in a staff meeting and I thought this chick’s head was gonna explode. “Ewwww!” she said. “Don’t say that!” Which naturally made everyone start saying it to her all the time.

15. She feeds her cat on a dinner plate and puts a sprig of parsley on top like that commercial.

18. She’s always perfectly waxed/shaved down there. Aw come on, let the thing get disreputable sometimes. We won’t kick you out of bed for having a little winter growth.

Okay, that’s enough for now. I could come up with more, but the truth is, I don’t really believe one single thing can make a person undateable. So settle down, all you offended vegans and Twilight fans and fancy cat-feeders. None of us is perfect, and if we started ruling people out because of clothes they wear or music they like or words they can’t spell, we’d run out of dating options pretty quickly.

Our flaws and foibles and bad taste make us human. They also highlight the beauty of real affection: we delight in the things we like about partners, and overlook the things we don’t. It’s what makes love interesting, don’t you think? I do.

So, like my list, the Undateable book is a lark and meant to be fun — or at least we hope. Sadly, we’ve all known people so critical and picky that no one was good enough for them. If I could say something to those people, it would be this: you suck, and if I ever make a real dating deal-breaker list — which I won’t, but if I did — you’ll be number one. Except then I’d be just like you, wouldn’t I? So I’d have to put me on my own list.

Wait. What? I’m so confused.