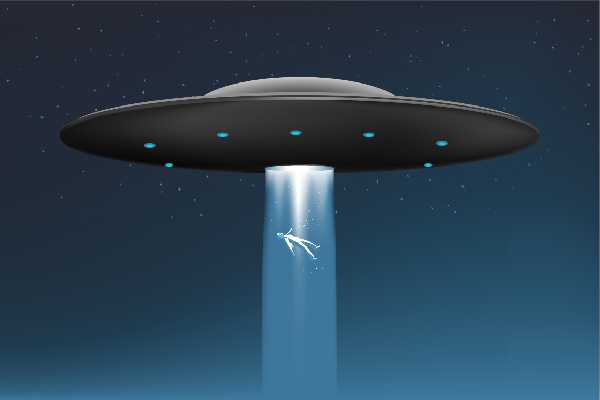 When it comes to alien encounters and UFO sightings, it is easy to be a skeptic. However, there have been hundreds of extraterrestrial reports since the 1940s. Although the mere thought of it can send shivers up your spine, it can be difficult to ignore the stories when the people involved seem so sincere and credible. Here are a few of the most intriguing direct, extraterrestrial experiences reported in recent history.

When it comes to close encounters of the fourth kind, the most famous incident is arguably the Betty and Barney Hill case. In New Hampshire, there is a commemorative historical marker that is titled, ‘Betty and Barney Hill Incident’. It can be found at the Indian Head resort, an important place that features in the original experience in 1961.

This harrowing incident occurred in the evening during the Hills’ return journey from vacation when the Hills noticed a bright light following them. They pulled over only to find that the lights came from a hovercraft. As they peered up at the UFO, Barney claimed to witness humanoid figures inside. At this point, the couple found that two hours had passed, and they were somehow 35 miles away with ripped clothing and broken watches. After the incident, the couple experienced severe PTSD and eventually underwent time-regression hypnosis. Separately the couple recount details of the night and recall being abducted by grey, alien beings who violated and probed them.

This story of abduction is particularly noteworthy for two reasons. Firstly, this is the first case to mention grey aliens—a common characteristic for extraterrestrials in future reports. Secondly, this incident was investigated by the United States Air Force. In addition, project Blue Book was a secretive initiative that revolved around UFO sightings in the U.S. More information about this UFO direct experience can be found on the whatsupwithufos.com website.

This encounter took place in 1947 on the Puget Sound, where Harold Dahl, his son, and their dog witnessed six unidentifiable aircraft. Unfortunately, one of the UFOs fell into the water causing metallic debris to injure his son and kill his dog. Dahl relayed the story to his colleague Fred Crisman, who then visited the lake to see the fallen aircraft.

The Original Men in Black

Following the incident, Dahl was paid a visit by a man in a black suit who knew specific details about the incident. This mysterious man warned Dahl to keep quiet about what happened that night. This incident is said to have inspired the popular 1997 movie Men in Black.

This unbelievable incident occurred in Melbourne, Australia, in 1966. This unique encounter involved a UFO sighting that was witnessed by over 300 school pupils and teachers from Westall High School. The exact details vary, but the incident basically involved five planes trying to catch a UFO. After 20 minutes, the UFO zoomed away quickly.

As soon as the UFO disappeared, the headmaster instructed the students and teachers never to mention the incident again and told them they would be punished if they did. In addition, the infamous men in black also turned up to this event to try and prevent people from speaking about the incident. However, over 50 years later, witnesses still gather to talk about the encounter once a year. Furthermore, a space-themed play park was built to commemorate the incident.