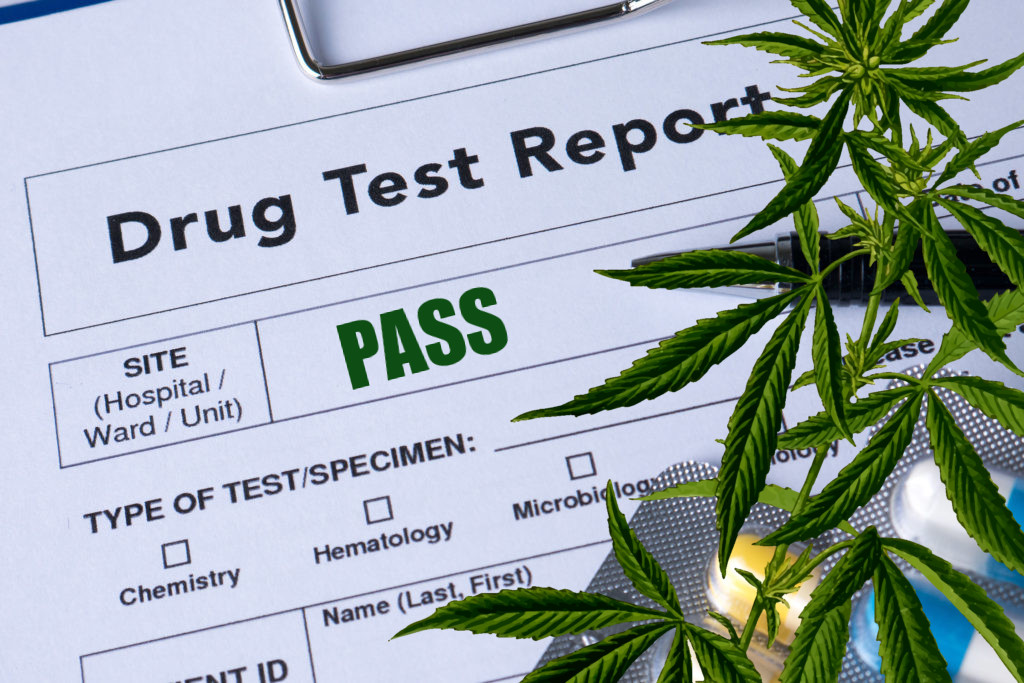 We live in a free country and this freedom is a gift of democracy to us. Our Constitution gives us the right to freedom and most importantly to exercise this freedom in an equitable manner. At the same time it is incumbent on the part of the state to ensure that equality prevails in all sections of the society. The spirit of equality pervades the provisions of the Constitution of India, as the main aim of the founders of the Constitution was to create an egalitarian society wherein social, economic and political justice prevailed and equality of states and opportunity are made available to all. However, owing to historical and traditional reasons, certain classes of Indian citizens are under severe social and economic disabilities thus they cannot effectively enjoy either equality of status or of opportunity. Therefore, the Constitution accords to those weaker sections of the society protective discrimination in various articles like 15(4) and 16(4). However, in today’s time one of the major road-blocks to equality is this reservation system.

Reservation, the process of facilitating a person belonging to unprivileged sections of the society (classified into Scheduled Tribes, Scheduled Caste and Other Backward Classes) in education, scholarships, jobs etc. so that they can compete with the children born in socially and financially stable families to lead a normal life and maintain standard of living. This was a bonafide decision taken in order to promote alleviation of the socially deprived societies and has in fact helped to bridge the gap between the so-called socially and financially forward people and the backward ones. The relevant articles of the Constitution provide for review of protective provisions after the passage of several years but with passage of time the issue has become the one with which the political parties prosper their vote banks and are now unwilling to review the protective articles. Non-scrapping of the articles after considerable passage of time is now hindering the country’s growth, development and competency in all aspects. The protective articles introduced in the Constitution have now became a discriminatory evil of the modern society wherein now the eligible are being deprived of their rights due to privileges given to certain class of people who are now no more deprived or backward.

The Mandal Commission was established in India in 1979 by the Janata Party government under Prime Minister Morarji Desai with a mandate to “identify the socially or educationally backward.” It was headed by Indian Parliamentarian BP Mandal to consider the question of seat reservation and quotas for people to redress caste discrimination and used eleven social, economic and educational indicators to determine backwardness. On 1980, the commission’s report affirmed the affirmative action practice under Indian law whereby members of lower castes (known as Other Backward Classes, Scheduled Castes and Scheduled Tribes were given exclusive access to a certain portion of government jobs and slots in public universities and recommended changes to these quotas, increasing them by 27% to 50%. Mobilization on caste lines has followed the political empowerment of ordinary citizens by the Constitution of free India that allowed common people to politically assert themselves through the right to vote.

The implementation of the Mandal Commission recommendations is now challengeable in the changed socio-economic structure after 37 years of its implementation, but with issue now becoming political, none of the political parties is eager to review the same. The new fight which has now emerged is to get its community getting listed as OBC and corner the benefits thereof.

It is now spreading as an epidemic, infecting each community, luring it with its benefits of a secured future and leading to unrest, instability and murder. It is no less than terrorism since each community has started threatening the government by causing widespread destruction and compelling them to grant them quota in government colleges and government jobs and also give them frequent and quick promotions. In recent times castes like Jats, Gujjars, Yadavs etc. are now demanding inclusion of their caste in OBCs and almost all political parties during the election time are encouraging such demands even knowing very well that such communities do not require any such privileges.

The biggest question to be answered is shouldn’t this scheme be reviewed and revisited considering the changed socio-economic situation. How to implement the same without involving the vote banks ?

The most important stated aim of the Indian reservation system was to boost the opportunities for improved social and instructive position of the underprivileged communities of the Indian society. The strategy of reservation had a helpful effect in conditions of induction of SC, ST and OBC into public sector employment and in educational institutes. There are many people who belong to the ST, SC and OBC category and have benefited from this system and now are wealthy enough to educate their children in good private schools, send them to regular tuitions and also provide them expert supervision such as expensive coachings for competitive examinations. Why do they need reservation in colleges and for jobs ? The seats allotted to such students are a violation of a deserving student’s right. It is a mockery on a student’s hard work and determination.

In our country education is given prime importance and parents have a lot of expectations from their children regarding this. With a population of 1·25 billion and with limited facilities and opportunities it is very difficult for a common man to compete and get admission in a good college or a government job. Children work day in and day out, burn the midnight oil just to get an admission in a good college. It shall be highly discriminatory if such children do not get admission in desired colleges or government jobs as the same are being offered to children although of backward caste but of sound financial background. This discriminatory practice has led to a situation where at times deserving youth are highly frustrated and are being forced to take extreme steps like suicides. There are so many people belonging to the general category who belong to poor families. Their parents cannot bless them with the gift of good education. Don’t they need upliftment ? Don’t they need government support ? Don’t they have the right to live a life of respect and equality ?

Instead of introducing reservation of these backward classes what is needed is to bring about revolutionary changes in our education system at the grass roots level. When proper education is not provided to children belonging to such categories during the primary stage itself then on what basis are the reservations provided at a subsequent stage.

Reservation on the basis on caste and not on the basis of condition is bad and unacceptable. There should be fair and just reservations to uplift the people with poor conditions of life, those who don’t get meals to eat, clothes to wear and a home to live in. The process of reservation should be such that it filters the truly economically deprived individuals and bring them all to justice.

Thus, reservations are antithesis of development and equality. We don’t need reservations based on castes or religion but only to actually provide aid to those who have minimal resources. Merit should be given due importance in admission procedures as well as employment opportunities. This way we would be successful in removing caste dis-crimination and unite the economically poor irrespective of their castes.

Since independence, reservation in public sector has always been a debatable issue in India. Historically some sections of Indians have faced evils of social discriminations and were not given equal opportunities to lead a healthy life.

During the freedom struggle our nationalists, especially Mahatma Gandhi and Dr. B. R. Ambedkar worked for annihilation of caste system to bring the deprived sections of the society into the mainstream. The ideals cherished by such leaders got their reflection in Indian Constitution and in order to provide equality and justice to all special provisions were made for the depressed classes. These special provisions are contained in Part XVI of the Constitution from Article 330 to 342. They are related to the following :

Meanwhile in 1979, the Morarji Desai Government appointed the Second Backward Classes Commission under the chairmanship of BP Mandal. The Mandal Commission’s report identified 3743 castes as socially and educationally backward classes and recommended 27% reservation for them under the Other Backward Classes (OBCs) category. But here a provision was made that the creamy layer among the OBCs should not be entitled for the reservation while no such provisions were made for SCs, STs and women.

So, at present, only the rich and prosperous among OBCs cannot claim for reservation benefits while the wealthiest among SCs and STs can do.

In recent times, an opinion among the masses has been developed that the provisions of creamy layer should be extended to SCs and STs as well and the rich and prosperous among them should be excluded from the list of beneficiaries of reservation. Though, it is widely held opinion, I disagree with it for certain reasons.

At first without preparing a strong base for it, if we exclude well-off sections of SCs and STs from the beneficiary list then we may expose them to discrimination once again. In India, discrimination prevailed not on the lines of income or wealth but on the lines of caste. A lower caste will remain a lower caste in India and may face derogatory behaviour despite his richness. A major portion of conservative Indians are yet to accept the ‘so-called-backwards’ as equal to them and may hesitate to cooperate fully for their development.

Secondly, defining a creamy layer ceiling and demarcating them on the basis of income level will be a messy job for the government officials. In India, the income records of people are poorly managed which may affect the efficiency of income-based reservation scheme. Moreover, the entitlements of reservation benefits on income lines may result in policy paralysis as we have witnessed earlier in Public Distribution System (PDS).

In the PDS, when the government launched the APL and BPL Scheme, a surge in number of poor people was witnessed as more and more people started hiding their income and arranged fake BPL cards for themselves to avail the benefits of subsidised food grains. A similar situation can also occur in the reservation scheme only for people with annual income of  6 lakh or less. It will result in a sharp increase of the poor in SCs/STs category. Under such circumstances more and more people will go out of the taxable income category creating a great national loss.

A large portion of people think that by doing away with reservations for creamy layer we can develop a more united nation to live in because in present scenario, reservation policy had been a major factor behind dividing people on caste basis. But, in my opinion, reservations have nothing to do with division of society. Caste-based discrimination is not an economic issue but a social issue. Even if the authorities eliminate the entire system of reservations, then also caste-based alienation cannot be uprooted altogether, until and unless, inter-caste dining and inter-caste marriage become fully acceptable in India.

Development studies reveal that despite the efforts of sixty-six years of republic, the reservation policy has failed to benefit a large portion of reserved category. So, rather than limiting the benefits of reservations by introducing creamy layer, efforts should be put in for fair distributions of benefits.