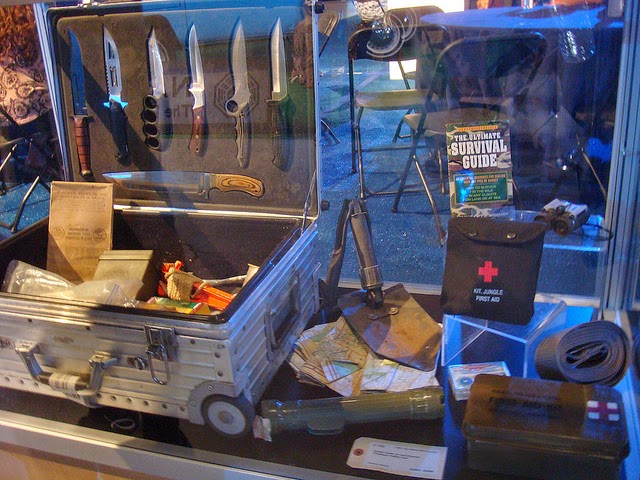 “Whoever controls the Indian Ocean will dominate Asia, the destiny of the world will be decided on its waters.”

Words of the maritime strategist Alfred Mahan proving to be true for the Ocean in the 21st century; the Indian Ocean has thus become a ‘very active’ ocean, perceived by many as the emerging center of gravity in the strategic world.

The significance of the Indian Ocean is because of the increasing activity therein. The activity in the Indian Ocean region is defined by extensive trade through important strategic chokepoints, including the Straits of Hormuz and Malacca, energy transfers and a spectrum that ranges from political turbulence on one end, to threats from piracy, terrorism and transnational crime on the other.

During the Cold War the newly independent Indian Ocean states of Asia and Africa became subject to the competition between the superpowers. The resultant security balance in the region dissipated when the Cold War came to an end. The post cold war era saw the region becoming less stable, with much rivalry, competition, suspicion and turmoil. There is growing participation in the area from other major players seeking primacy alongwith the US. The new players are primarily India and China, with Australia, Indonesia and South Africa occasionally playing the role of aspirant kingmakers.

Given the atmospherics, India—with its large maritime capacity – has attempted to play the role of an ‘un-obtrusive fulcrum’ and a ‘balancer of power’ in the region. In the aim to convert Indian Ocean as India’s Ocean, it created the Indian Ocean Naval Symposium (IONS) in 2008 with enthusiasm from all participating littorals. Bangladesh, along with Indian Ocean Islands, and East African states have also been on the receiving end of Indian largesse in various forms. Moving further westward. India has been strengthening its economic, security and diplomatic relationship with Iran, not only to neutralise Pakistan, but also to checkmate the Chinese hold on Gwadar port.

Beijing’s regional vision, backed by $ 40 billion of pledged investment, outlines its One Belt One Road plan —combining the revitalization of ancient land based trade routes, the Silk Road Economic Belt, with a maritime Silk Road. China’s ties with regional states have deepened, including the influx of Chinese capital into construction projects in Bangladesh, Myanmar, Pakistan and Sri Lanka as part of its ‘strings of pearls policy’ of encirclement. Since launching counter piracy operations in 2009, Beijing has become increasingly active in the region. China has also undertaken efforts to modernise its military, particularly its naval deployment capabilities to protect overseas interests like personnel, property and investments.

Piracy has been pre dominant in the seas of Somalia and the Gulf of Aden between 2005 and 2012. There has also been an increasing number of attacks in the Gulf of Guinea. The Djibouti Code of conduct was adopted in the 2009 for Repression of Piracy and Armed Robbery against ships in the Western Indian Ocean and the Gulf of Aden. Due to such efforts Somalia–based piracy has shown a significant decline after its peak in 2011.

Malacca Strait located between Malaysia, Singapore and Indonesia connecting Indian Ocean with the Pacific has a reputation of piracy with most cases reported are ‘hit and run robberies’ of fishing boats and commercial vessels. Piracy has thus become a part of maritime insecurity environment in which different threats and forms of transnational organized crime, in particular, fishery crimes, are linked. A hijacked merchant vessel carrying several thousand tonnes of the inflammable fertilizer ingredient ammonium nitrate can be easily turned into a megabomb after entering an Indian harbour.

The smuggling of explosives through Raigad coast of Maharashtra and their use in the 1993 serial blasts in Mumbai and the infiltration of the 10 Pakistani terrorists through the sea route who carried out the multiple co-ordinated attacks in Mumbai on November 26, 2008 are the most glaring examples of how cross border terrorism has taken an entirely new dimension of Maritime Terrorism. The Council for Security Cooperation in the Asia Pacific (CSCAP) Working Group has defined maritime terrorism as—“the undertaking of terrorist acts and activities within the maritime environment, using against vessels or fixed platforms at sea or in port, or against any one of their passengers or personnel.”

With well armed Somali pirates wreaking havoc on shipping lanes from the Indian Ocean to the Gulf of Aden between Somalia and Yemen, Al Qaeda and its associate terror groups could easily outsource maritime terrorism to mercenary pirate groups. Security experts suggest that terror groups could easily rope in pirates who have good knowledge of shipping routes, have access to satellite phones and the communication link with ports in the region which enable them to access accurate satellite communication about cargo shipping lines.

Drugs and arms smuggling is rife in much of the Indian Ocean. The sea provides an easy way for international crime syndicates, unscrupulous traders and non state actors to distribute their wares, or to provide belligerents with highly sophisticated weapons. Because of the prevalence of conflicts and insurgencies, arms smugglers find a ready market in areas such as the Horn of Africa, Afghanistan, Sri Lanka and Indonesia with an estimated 95% of the ‘hard’ drug production occurring in the conflict zones, for example heroin and cannabis in Afghanistan.

The frequent straying of fishermen into neighbouring country waters has not only jeopardised the safety of the fishermen who tresspass into a neighbours country’s waters but are also invariably arrested along with their boats. On many occassions, they have also been fired upon by security agencies of the neighbouring country. Sometimes straying into neighbours’ waters invites attacks from pirates, as often happens along the India–Bangladesh maritime border. As far as infiltration by the sea route is concerned, geographical proximity to Pakistan and a terrain that is conducive for stealth movements make the coastal region of India vulnerable for infiltration. Pushed by political turmoil, religious and political persecution, overwhelming poverty and lack of opportunities in their countries, Sri Lankan and Bangladeshi nationals have been migrating to India illegally for decades. Although such people do not pose a direct threat to the Indian Security, yet the probability that terror operatives could take advantage of this and sneak into the country in the guise of migrants and refugee remains.

Insufficient emphasis is placed on environmental security in the Indian Ocean, which is particularly serious, since the degradation of the environment, climate change and the over exploitation of ocean resources are threatening the interests and futures of all the regional countries and people. This will increase the likelihood of flooding, resulting in loss of life and damage to property as illustrated by tsunamis and cyclones. The existence of communities residing on low lying islands such as the Maldives will be severely threatened. African countries are also likely to be affected adversely by climate change owing to the risks posed to food production and water resources.

Somalia dumping ground or the waters off Somalia, in particular, have been badly affected as they are within easy reach of industrial countries, public awareness is low and influential locals have allowed toxic waste dumping to occur, usually in exchange for foreign currency payments. Somalia has been a dumping ground for hazardous waste since the early 1990s. It is much cheaper for European companies to dispose of waste here than in other parts of the world.

From the strategic and economic point of view ensuring maritime security is vital for India and Indian Ocean countries. The international organizations like Heads of Asian Coast Guard Agencies Meeting (HACGAM), Indian Ocean Rim Association, Western Pacific Naval Symposium (WPNS), Regional Cooperation Agreement on Combating Piracy and Armed Robbery against Ships in Asia (ReCAAP) have proven to be a step in the right direction.

From the national point of view, Government of India created two specialized forces : the Customs Marine Organization and the Indian Coast Guard. Operation Tasha, Operation Swan, The Marine Police Force are all steps to ensure national security by guarding the Indian Ocean. Government of India has also launched the coastal surveillance network project. The network comprises the coastal radar chains, the Automatic Identification System (AIS) and VTMS. All big fishing transfers are being installed with transponders. As for small fishing vessels, a proposal to fit them with the Radio Frequency Identification Device (RFID) is under consideration. Colour codes are being assigned to them for easy identification at sea. Furthermore, Distress Alert Transmitters (DATs) are being provided to fishermen so that they can alert the ICG if they are in distress at sea.

Peace is very important in the region as economies are now shifting from West to East. Thus it is correctly reminded to us by the eminent thinkers that—“Though the Indian Ocean abounds in rich and rare gems, it does not boast a clear sky nor more unruffled sea.”