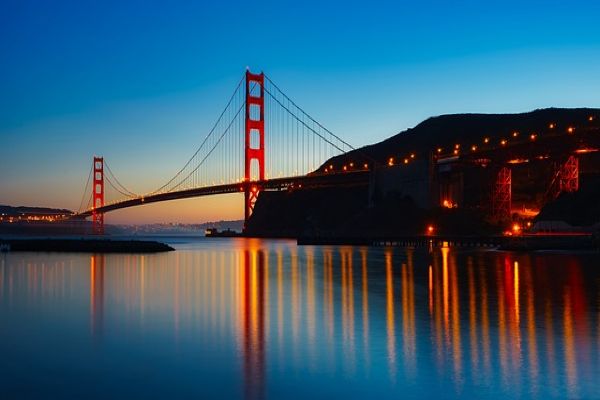 California is famous across the world for its beaches, history of pop culture and entertainment, and gorgeous scenery. California’s tourism industry is huge, with the state being one of the most popular holiday destinations for tourists from inside and outside of the United States.

California’s popularity is not for nothing – there are countless reasons to visit the Golden State!

Nature and Weather
Although California’s weather often hits the news for negative reasons, such as droughts and wildfires, most of the time, the weather is bright, warm, and sunny most of the year-round. Just don’t forget the sunscreen!

The Californian sunshine and coastline make visiting the beach a hugely popular pastime for residents and visitors. With over 1000 miles of beaches in California, there is no shortage of chances to work on your tan or catch the waves with your surfboard! Beaches like LA’s Venice Beach attract tourists from all over the world, but there are also plenty of quieter beaches if you enjoy space and tranquility.

If you prefer a relaxing drive to a long hike, California’s jaw-dropping scenery makes it the perfect place to take a leisurely road trip. The Pacific Coast Highway, which winds across hundreds of miles of gorgeous coastline, is the most well-known, but there are countless brilliant California road trips to be experienced!

History and Culture
Since becoming an official US state in 1948, California has packed a lot of history into less than 200 years! From the Gold Rush to the inception of Hollywood to the rise of Silicon Valley, the state’s cultural impact on the world is vast.

The cities of Los Angeles and San Francisco are world-famous for their impact on popular culture and entertainment. Due to MPPC regulations not applying to California, the Hollywood area became the filmmaking capital of the world, with a considerable number of film studios and actors taking up residence in one relatively small area! There are many tours available for film lovers to experience the locations of their favorite movies, such as the Marin Headlands, where scenes from the original Star Wars were shot!

If you are a foodie, California has no shortage of options. The state’s proximity to Mexico has resulted in significant Hispanic influence in the state’s cuisine. Yet, influences from across Europe and Asia have also combined to create a culturing melting pot of delicious dishes! The hot weather makes barbecues a common occurrence, and the proximity to the West Coast means plenty of seafood. Also, California is world-famous for wine, with many vineyards in the Napa Valley producing award-winning wines.

Entertainment
If you are seeking fun and excitement, the range of entertainment options in California means that you will never be bored. If you are holidaying with family, theme parks such as the world-famous Disneyland are guaranteed to thrill. The state is famous for other theme parks, too, such as Universal Studios and Magic Mountain!

Many of the bars and venues that brought world-famous musicians to the spotlight are still operating and open to visitors, such as The Roxy Theatre and the Viper Room on LA’s Sunset Strip. If nightlife is your thing, the options are almost endless, particularly in the big cities.

Ultimately, there is something in California for everyone, whether you are a young thrill-seeker looking for surfing and clubbing, a parent looking to take the kids on an unforgettable family trip, or someone simply looking for a break from the stresses of modern life and a return to nature.