Multiverse – A world beyond our World 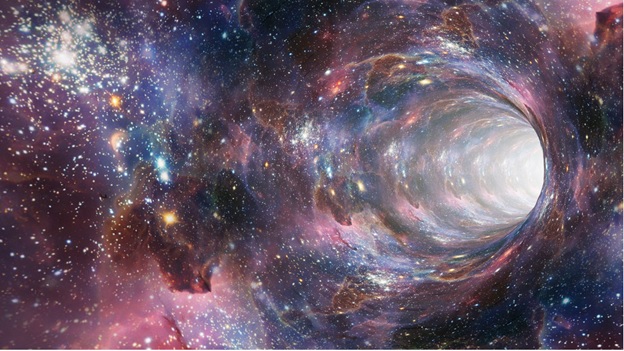 Thank you Readers for your wonderful appreciation on my previous blogs. Your feedback goes a long way in helping me curate this article. Today’s article is loaded with a story, concepts and i am sure most of you will learn something new today. That one worded header itself speaks volume. For those of you who have an idea about it, you know its going to be fun. Multiverse is an astronomical theory that is still contested for its veracity but offers an explanation to most of the ethereal experiences we go through. No better way to understand this theory than by engaging you in a tale. I am gonna need you to time travel with me back to the year 2016. A year that has many defining moments to its credit like the emergence of the behemoth Reliance Jio telecom operator that till date goes on to dominate the Indian telecom industry & the initiation of one of the most cruel policies by Narendra Modi……..DEMONETISATION!!

And the third defining moment was in the field of sports. 2016 being a leap year, it was also a year that hosted the Rio Olympics. A year that saw the daughters of India etching its name in history in two sports: Badminton and GYMNASTIC!! How often do we hear an Indian and that too an Indian women capture the hearts worldwide. Dipa Karmakar!! She failed to bag a medal and yet she left every audience gaping in awe at the mind boggling and life threatening PRODUNOVA she produced. Produnova or the vault of death as its called is a skill not for the faint hearted. If executed properly, it will look like a vertical leap that will place you at a height high enough to enable you to do two front somersaults and land safely on your feet. While performing this feat, timing can be your greatest ally or worst foe in determining the consequence. A second off and your failure will leave you severely disable to the point of bringing an end to your career as a gymnast, if not dead.

Dipa’s success brought the spotlight to the sport of gymnastic in India and fanned the flames of every young athletes ambition. Little did she know the consequences of her quasi – success. Somewhere in the capital of India, a 17 year old gymnast by the name Brijesh Yadav was practicing to engrave his name in the pages of history. A national level silver medalist, he was trying to nail the “Double front flip”. He had a taut Greek physique that was a by product of the practice he did religiously. Having warmed up and having done a few basic gymnast flips, he went on to master his signature move which was the Double front flip.

Gauging the required distance he needed to run, he goes for the dash. Everything clicked. He sprung up beautifully at a height that allowed him to do not one but two front flips. He makes a safe landing. Everyone around were witness to this move he had been practicing for quite some time. They knew that the next meet wont stop him from grabbing his coveted gold. Brimming with confidence, he attempts it couple more times and executes it effortlessly. He had done enough for the day. Brijesh could have and should have retired for the day or done one of the other million things than attempt that move again!!

Stretching his arms to shake off the lactic build up, he pauses at the starting point and runs. He springs up in the air and what followed had every head spinning and every foot pacing towards him. Brijesh falls on the soft mat head first, twisting his neck abnormally enough to slip into a coma. He should have died instantly, but he was a fighter. He had his dreams, his parents love and a glorious career in gymnastics waiting on the other side. Brijesh’s had a two month ordeal with death. Even death had the hardest time trying to conquer this warriors soul.

However, Brijesh’s respiratory system was damaged beyond repair. His heart rate would drop once taken off of the ventilator. The choice was pretty clear. Somewhere subconsciously, Brijesh would have been kicking himself in the gut for not honoring the omens that were screaming at him to stop and abort. He died a painful death with a blanket of regret pulled over him. The world came together to offer condolences to this mighty warrior only wishing and re-imagining ways in which that leap could be averted. Only if Brijesh and his endless fans knew that somewhere in the distant horizons, beyond the moons and stars, their thoughts were actually manifesting into reality…….

Just in case you are second guessing if i just said that Brijesh was still alive, Yes you are right!! I say this based on the theory of Multiverse. This theory suggest that there could be other universes besides our own, where all the choices you made in this life played out in alternate realities. So, there is a universe where Brijesh made a choice to refrain from practicing that move once again and let it go. He must have even won his coveted gold and given this nation its honor and glory that seems to have been lost. Why limit the application of this theory to only Brijesh’s life? Let your imaginations go for a run. If this theory proved to be real, the resulting ramifications are astounding and ethereal.

Apply this theory to a passion you never pursued due to some obligation; it could be someone very dear you lost, someone you imagined to live the rest of your life with; It could be a disability that impairs you from doing the things you love the most and so on….Just know that there could be a world out there where the dynamics of the universe work out the existence of your dream life.

Lets delve to an even more crazy aspect of this theory. Have you ever had this feeling that history or some past life events are occurring again now? Like Life is repeating itself. This theory gives us a plausible explanation to that too. I ll try to make it as simple as i can. Its said that the shape of space-time is flat as an endless road and hence it goes on forever. Having said that, the number of possible particle configurations in multiple universes (or you could think of it as life experiences) would be limited to so many distinct possibilities, viz. 10^10^122 to be exact. Which means there is only a defined number of permutation and combination that allows us experience a different moment. After this number is reached, life gets back to one and begins again. Which means you are living a moment at present with the same set of parameters that was previously lived by someone else.

That someone could be you too. Isn’t that freaky!!
All of this brings me to an inevitable conclusion and a food for thought for you readers , that the world wars, the great depression, the lehman brother fiasco, the natural disasters will repeat itself again, whether in this universe or the other is for life to decide. Likewise, there are another set of life altering occurrences that has happened in another universes and is yet to happen here. All we can hope that its for good or atleast not as worse as the ones we have been through!!