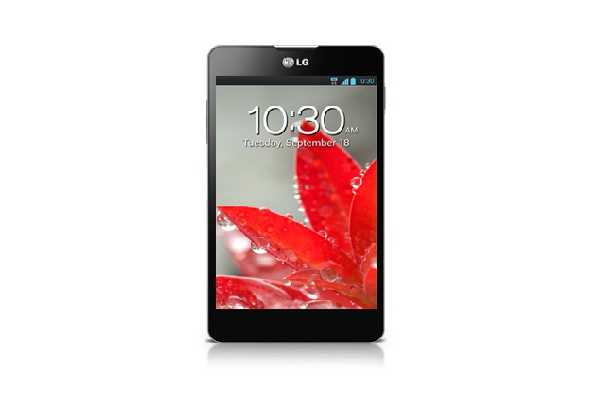 Share
One could say LG Optimus is definitely LG’s dream project. It wasn’t long back when Optimus G was released for the first time and it left a lasting impression on many. It is the first phone in smart phone history to market worldwide the S4 Pro chipset. Is the device worth all the attention and raves it received? Read on to find out yourself!

Hardware:
LG has not compromised with any of the hardware components for its Optimus G. The screen is 4.7 inches with 1280*768 resolutions accompanied by excellent clarity. In short, the display on the phone is par excellent. The display will be bright enough with half illumination most of the day. It boasts of 32 GB internal storage and has no card slot. Depending on the market, it has a camera which will be either 8 or 13 megapixels and contains an LED Flash made by LG Innotek. It has a 2100 mAh battery and has all the hardware components that are available in modern high-end smart phones.
The design:
The outlook of Optimus G is very clean. LG has completely achieved its goal with the design aspect which the company failed to achieve with its previous models. The phone is thin with silver border accentuating the design. There are other buttons like volume rocker which enhances the design of the phone. This is a perfect device that anyone can buy from a businessman to a college student. The backside of the phone is coated with crystal reflection. This means the design varies with the lighting and the angle in which you look at the phone. Pretty cool feature, isn’t it? It gives a 3D effect to the back panel of the phone.
The ultimate aim of LG is to keep the design minimal without making it look to boring (guess they followed the footsteps of Apple this time). The company has taken its phone to the next level by adding premium enhancements. It’s good to see that the company has finally realized that a device needn’t be too flashy to gain popularity. When it comes to design, Optimus G definitely scores full marks.
The overall build:
The phone is great to hold. The glass panes on the rear give an enhanced effect which LG has failed to achieve before. The only disadvantage is the device attracts fingerprints which are more prominent on the black color. However, since it is made of glass cleaning takes no time at all. We have to appreciate LG for using solid components which lacks in many other smart phones.
Software:
When you look at many of LG’s previous models, user-interface has never been great enough to write about. Models carried a standard user interface just for the sake of it. The Optimus has been enhanced with 4XHD and the software has been completely improved. With Optimus G, LG has gone to the next level and it just might give a competitive run to Samsung when it comes to the software department. The company has not only included innovative features, but also functional features which makes the phone stand out this holiday season. Some of the features available are features we find in Samsung’s Galaxy S III. An interesting feature is QSlide (similar to Samsung’s pop-up play video). With these features, you can view two screens together and you can make use of a small slider to tweak the transparency.

LG’s Optimus G just might be a hit this holiday season!

This guest post is brought to you by Teyona Dame of Xfinityonline.com, a site that offers savings and current information on more from Xfinity.
You might also like
Technology