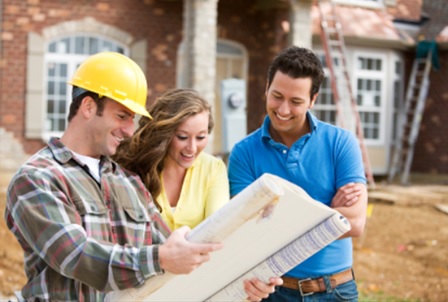 The European migrant crisis been one of the important developments in the year gone -by and has captured the world attention after the pathetic images of helpless migrants coming to Europe by crossing the Mediterranean sea and other channels and some of  them meeting miserable death in the sea, hogged the headlines which  was enough to jolt the collective human conscience across the  globe. The human tragedies triggered the European countries to make concerted efforts to deal with crisis in humane manner.

The European migrant crisis or the European refugee crisis began in 2015 when the unauthorized foreign migrants mostly from Muslim-majority countries entered Europe in hope for better future and opportunities after fleeing the war ravaged zones in Syria, Somalia, Afghanistan and Iraq. As per the official figure released by the United Nations High Commissioner for Refugees, the people from three nations arriving in Europe through Mediterranean Sea between January 2015 and March 2016 were mostly Syrians (46.7%), followed by Afghans (20.9%) and Iraqis (9.4%).

With regard to the immigrant crisis two views emerged on the horizon; one was to take and accommodate the migrants into the European territories with every European country sharing the burden of the arriving migrants in certain ratio in terms of food, shelter and employment. Germany has been on the forefront of taking a liberal and human view of the crisis with German Chancellor Angela Merkel even getting tongue lashing for ‘her destructive  policy’ on the migrant crisis from Newly elected US President Donald Trump. The second view being expressed by the far right political parties and groups see in the influx of unwanted migrants a threat to European liberal values. The right wing groups are expressing apprehensions that the zones and regions where the migrant would settle down and get concentrated might turn into breeding grounds of radical and terrorist elements as most of the refugees coming in Europe are from those countries or regions which are deeply affected by the militancy and terror.

Notwithstanding opposition from certain quarters to the entry of refugees into European Territories the governments in Europe are veering round to the view that the European communities have always stood for high human values and ethical standards uncompromisingly. This time too, Europe would not turn its face from one of the worst refugees crisis in recent world history as the victims of its cold and irresponsible attitude will be children, women and other vulnerable sections.

The fateful incident of 3-year-old Alan Kurdi, in September 2015, who drowned when he and his family who were trying to reach the Greek island of Kos while crossing the sea in small boat sent the shockwaves across the globe.

The precarious condition of children, moved  Germany which has  even adopted a policy of treating migrants under 18 years of age as “children first and refugees second,” giving them − according to the Convention on the Rights of the Child − the same rights as German children. Thanks to German humanitarian approach as many as 1,091,894 asylum seekers arrived between January and December 2015 and were registered in Germany’s “EASY” system for the first distribution of asylum seekers among Germany’s federal states.

But along with genuine asylum seekers, criminal elements are trying to take undue advantage of the crisis which, in effect, hampering cause of the refugees who are in need of help or shelter.  The European union is collectively  putting pressure on its members including Hungary, Greece, Sweden, Italy and others to distribute proportionately among themselves asylum seekers .Since April 2015, the European Union has devised  to effectively deal  with the crisis  with  a number of measures which include: