From Shaquille O’Neal to Dean Cain: 10 Celebs Who Have Also Done Police Work 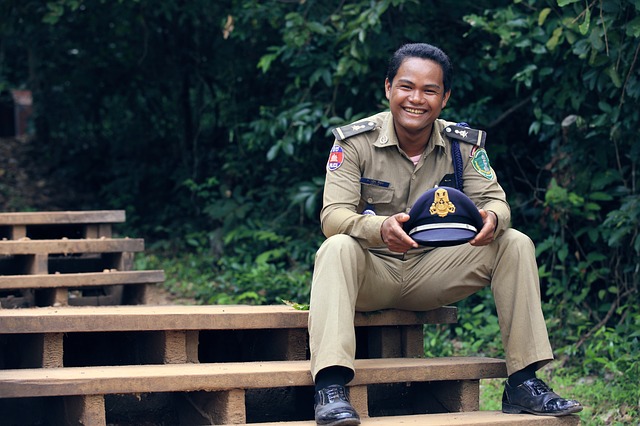 Serving as a sworn Officer of the Law is an ambition that many people share, but few follow through and join a law enforcement department to fulfill their dream. Celebrities are just the same and some have taken a break from their fame to follow their dream into a police force or a sheriff’s department. There are also some celebrities who worked as law enforcement before following a different ambition, going on to walk a beat on stage or screen. Here is a list of ten celebrities who have also worn a badge.
Shaquille O’Neal
The 7-foot NBA superstar had a glittering 19-year career on the court, but in his retirement, he followed his dream to enforce the law and help put criminals in a different court. ‘Shaq’ has worked for police departments in Florida, Arizona and California as a reserve officer. Though he mainly worked as community liaison officer, visiting schools to give talks to groups of children, he has also assisted in drug enforcement raids and plans to run as a Sheriff in 2020.
Elvis Presley
It’s thought that the King of Rock and Roll had an obsession with the police force since childhood. When he became King and could get anything he wanted, he began to collect police badges and memorabilia, like the kind you can read about in this post. He was an Honorary Police Captain in the cities of Denver and Memphis, and a Deputized Sheriff in too many counties to mention. It’s also rumored he approached President Richard Nixon about deputizing for the FBI.
Chuck Norris
Walker, Texas Ranger was a hit TV show for Norris and he followed it up by putting his performance into practice by joining the Tyrell, Texas Police Department and assisting in drug enforcement. Mr. Norris’ experiences with bringing bad guys to justice served him well while he assisted the Texas department in apprehending drug lords, and his fearlessness and martial arts skills were proven to be more than just for the show.
David Zayas
The actor famous for playing a police officer in the 2000s drama ‘Dexter’ studied to be an actor while working the beat as a New York City police officer. Zayas had always had a passion for acting, but followed a career into the NYPD feeling that working as a law enforcement officer was a more achievable career goal. The acting bug didn’t stay dormant for long; after a few years he began his training, and within a short time he got his big role as a homicide detective.
Erik Estrada
Playing an officer of the California Highway Patrol, or CHiPs, gave Estrada a taste for police work. After the show ended and acting roles became harder to find, Mr. Estrada took the skills he learned about on screen, and a childhood dream, to Bedford County, Virginia where he served as a deputy sheriff. He followed this up by becoming a reserve officer for departments in St. Anthony, Idaho and Muncie, Indiana. He has also worked with a ‘Super’ celebrity further down our list, helping deal with online threats while in St. Anthony. They made quite a team, fighting online for justice.
Ted Nugent
The Rock and Roll legend, out-spoken political activist and gun-rights spokesman, finds time to be a reserve police constable in Texas as well as time to hunt and fish in the lone star state. Having long been an advocate for law enforcement and the constitutional rights of every American, working in law enforcement seemed a natural fit for Ted, and his local force was honored and happy to welcome him to their fold. Ted has been known to act as a mediator between locals and police on matters relating to land rights and gun ownership in his county.
James Woods
James Woods has too many acting credits to list, but not many know of the police work that is to his credit. Mr. Woods has been a reserve officer with the LAPD for a number of years, and is still counted among their reservist ranks today. He also worked briefly with the FBI after the events of September 11th 2001. James was on a plane in the weeks before the attacks that is believed was used as a rehearsal for some of the perpetrators of the terrorist attack, and helped federal law enforcement by providing detailed information.
Eddie Money
Before the Brooklyn born rock musician, Eddie Money, stormed the charts through the 70s and 80s, he was Officer Edward Mahoney of the NYPD. Eddie comes from a family of police officers, mostly in the NYPD, and served himself for two years before following his dream to become a musician. His family were always supportive of his ambitions, whether following them into the force or taking to the stage to sing.
Lou Ferrigno
Television’s ‘Hulk’ went from green to blue after the show ended in the early 1980s. Lou’s father was an NYPD officer and had instilled a respect for the law into him from a young age. After smashing up bad guys on TV, Lou went on to take down real bad guys as a reserve deputy in California. He is still a member of law enforcement today, avenging the innocent as an honorary officer in the Irving, Texas Police Department.
Dean Cain
The Hulk isn’t the only superhero to put on a Police uniform. Dean Cain was Superman in the 1990s, and in 2018 he decided to suit up once again and join the St. Anthony, Idaho Police Department as an honorary officer. Working initially with the online crime department, he has also begun to patrol the streets of Idaho with a full-time officer.
The hard work and dedication that it takes to be a performer are two of the qualities it takes to become a police officer, as these ten celebs have shown. Be careful, if you get stopped for speeding you may be pulled over by Superman or Walker, Texas Ranger.
You might also like
General