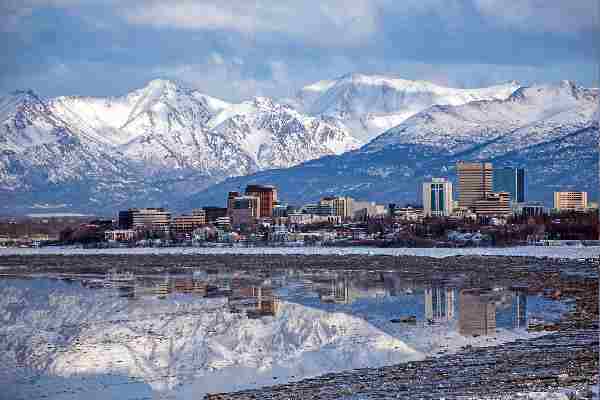 Anchorage is home to numerous museums providing a fascinating insight into the history of Alaska, and how Native, Russian and gold rush played a pioneering role in shaping the state. The museums in Alaska’s largest city provide a better understanding of the Native people who lived here for thousands of years and provide opportunity to know their stories and lifestyle. Want to know more about Alaska? Then take flights to Anchorage to see some of the popular museums that the state has to offer.

Plan a visit to the Anchorage Museum, the largest museum in the state telling the story of the state and the North. The museum appropriately weaves the historic, cultural, artistic, social, political, scientific and artistic threads together, and helps you to explore the diverse Alaska Native cultures, which includes masterpieces of Alaska Native art and design. The museum’s Art of the North galleries showcases American art collection and those of the international North through photography, sculpture, paintings, video and other media. The exhibition in the museum is categorized into 13 themes showcasing Alaska’s rich history and heritage.

The Alaska Aviation Museum is unique, and one of the major attractions for tourists in Anchorage. Situated on the world’s busiest seaplane base Lake Hood at the Anchorage International Airport, the Alaska Aviation Museum showcases aircraft and artifacts, which meaningfully tells about Alaska’s history. The museum boasts of over 25 vintage aircraft and 4 hangars of exhibits. Among other outdoor exhibits here include restoration hangar, control tower, and flight simulators. The museum is open daily during the summer from 9 am to 5 pm. It will take you around 2 hours to visit this awesome museum.

Alaska Museum of Science and Nature

Explore the Alaska Museum of Science and Nature featuring dinosaurs, whales, ice age, rocks and more. This truly hidden gem in Anchorage offers plenty of activities for all ages at this hands-on science museum. The exhibits showcased at the museum include the world’s largest ice age bear, the remains of the world’s youngest mammoth, dinosaurs, a full size pterosaur, touchable bears and wolves, whales and more. The toddler-friendly museum is in fact a great place to see the world’s largest Alaskan mineral collection, Qagnax Cave where the youngest mammoth remains were found, Alaska’s polar dinosaurs, and more. You can also learn about ice at this museum too.

Relive the military history of the state with a visit to the Alaska Veterans Museum. The sacrifices of the Alaskan people during the Civil War are commemorated at the museum. An Eskimo Scout will guide you through the museum telling the stories of the impeccable service rendered by the veterans through their own oral histories and artifacts. The museum showcases a wide range of exhibits and artifacts related to the Civil War till the recent conflicts and honors all the branches of the U.S. military.

The Crow Creek Historic Gold Mine was founded in 1898, and widely acclaimed for the mining operations in southcentral Alaska. The mine offers a wonderful and truly memorable experience to the visitors with its real and active gold claims, mountain scenery, beautiful gardens, relics from the gold rush era, and well-preserved oldest buildings in Anchorage. The Crow Creek Historic Gold Mine is also a great place for mining excursions, guided tours, gold panning, concert series and more,

Undoubtedly so, the museums in Anchorage provide a glimpse into the lives of its citizens, and their rich history and culture. Buy airline tickets to visit one of these spectacular museums in Alaska’s largest city. Anchorage has efficient air connectivity from different parts of the United States and can be reached through Alaska Airlines, Delta Airlines reservations, American Airlines and other major domestic and international carriers. Plan a vacation to Anchorage today!

The museums in Anchorage give the very essence of its citizens and rich culture. If you are looking for something deeper and more meaningful, head to the museums in the city. Explore the cultural, artistic, scientific, or historical side of Anchorage with these museums.