AR-15 and Its Ammunition 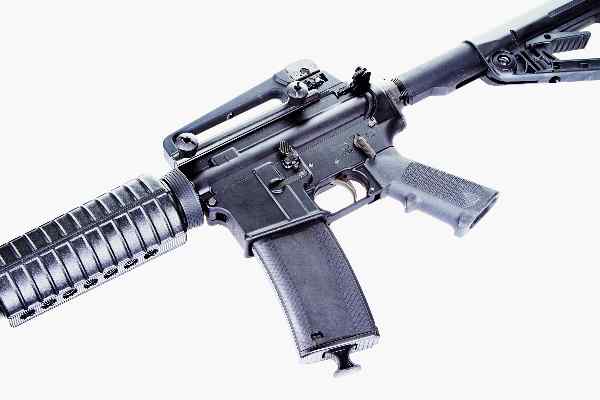 An AR-15 is a special piece of kit. One of the most distinctive parts of this weapon is its calibre. You must, however, make sure that you purchase the right ammunition for it so that you get the best performance from your rifle.

Let us then think about the rifle itself and the AR15 rounds that it takes. It is a weapon that is in widespread use across the US and a weapon of choice for many. Those new to the weapon will be interested to know more, and those familiar with it to reinforce why they have one and why ammunition choice is important.

The AR in AR-15 stands for Armalite Rifle and not for assault rifle as is often wrongly assumed.

Unlike other weapons, the AR-15 has a calibre that can change rather than remain constant. This is because when you swap the upper receiver, you will still have the same gun, but with a different calibre.

Calibre in firearms is, of course, the diameter of the bore measured. This is usually listed in hundredths of an inch (.22 cal) or millimetres (9mm) in terms of ammunition that is purchased. This naming system will indicate cartridge dimensions as well as the bore dimensions.

An AR15 is capable of being designed specifically for shooting competitions. It has that flexibility as a weapon.

In terms of power, the AR-15-style rifles are no more powerful than the other hunting rifles of the equivalent calibre and normally chambered in calibres that are less powerful than those of big-game hunting cartridges. There is no need to have more power than necessary and AR-15s are proving a popular choice.

The good thing about ammo is that it can be bought in bulk to make sure that you always have a supply to hand.

It is a clever idea to go for AR-15 rounds from a reliable source. Then to go for a make that has military roots. If the weapon’s ammo is good enough for the military, then it will easily be good enough for any purpose.

The AR-15 rifle or Armalite was developed in combination with the Rem 223 cartridge and so these work in perfect unison. A shooter should be able to consider their weapon and its ammo as one. This makes for the perfect combination in terms of performance and results. The development of these two can be traced back to the 50s and US army origins, so in good company with these. It was in 1956 that American gun manufacturer ArmaLite designed the AR-15.

Capabilities of the AR-15

The AR-15 can fire high-velocity, lightweight, and small-calibre cartridges that will allow its user, infantrymen in their day, to carry much more ammunition. It was a must-have that needed to be designed with that purpose in mind to prove useful. Today, these design features can still be taken advantage of.

Because of its defending capabilities, the AR-15 is the perfect home protection. It has superior stopping power compared to a shotgun which will spray just small metal balls. The AR-15’s fired single bullets are delivered in more of a targeted way and direction.

The United States Secret Service and other US Federal, local law and state enforcement authorities would use the Colt Armalite AR-15 until adopting the M16 rifle. This is a testament to how dependable and useful the rifle has been and can continue to be. Anything with military connections can be considered impressive. They will rigorously assess their equipment and look for something easy to use for training purposes, and most importantly, that is powerful enough and reliable in its design.

It is useful to find out more about the AR-15 if you are not familiar with it. When you buy one, you will want to stock up on its ammunition. For those already with one, it is a case of seeking out the kind of ammo that will work well in unison with your chosen weapon. You will want reliability from both.

How to Find the Best Online Store to Buy Whole Wheat Atta?

The 6 Best Destinations to Go On a Shopping Spree!