A Trip to Shirdi with my extended family 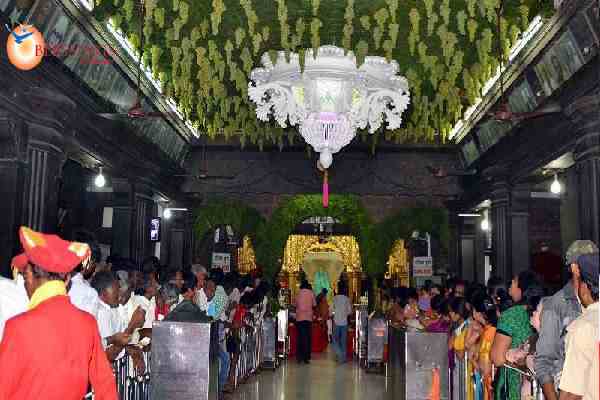 Share
Most people confuse a trip to a holy destination as a pilgrimage. While it might or might be true some times, a visit to a temple town can also be defined as an experiential trip. Like the one, I recently made to Shirdi with my parents, grandparents, and aunts. It was my first trip to Shirdi and the first ever with my grandparents.
The first hurdle of traveling in a big group is to find an economical transport solution, particularly, when you have elderlies traveling with you. After a lot of online searching, I found the Tempo Traveller price in Pune to be quite cheap.

The road to Shirdi

Shirdi lies at 186 KM from Pune city. We left Pune before daybreak, so we could reach the Sai Baba Temple before noon. After crossing Hinjewadi, we followed NH 60 for about an hour and a half (roughly 140 KM). From this point, the landscape completely changed. The cityscape was far behind and we were passing through the rural interiors of Maharashtra. Although the views would have been much better, had it been monsoon, the pre-summer landscape was quite scenic. We were on the Sangamner – Kopargaon Road and had to exit the highway and take the country roads. The red, dusty tracks were lined with sugarcane fields and sparsely foliaged trees, which was a beauty in itself. I had mostly traveled around the coastal regions of the state and this was a very different view of Maharashtra for me.
We finally reached Shirdi after nearly four and a half hours. We checked into a small hotel near the main temple area and freshened up before heading for the darshan. My aunt had managed to do online registration for the viewing so we could avoid the long queues and make it easier for my grandparents. Fortunately, it was a weekday morning and there was much lesser crowd than what would be on a weekend (or Tuesdays) or any other festival day. But it was not empty either. It was remarkable to see devotees and pilgrims from different parts of the country, traveling all the way to get darshan. Faith is indeed a magical thing.

A tour of the temple

The Sai Baba Sansthan Temple is the main attraction of the town and is what defines Shirdi. The huge complex spread across 200 square meters. The overall structure was quite simplistic in nature but had a very warm vibe about it. Once we entered the premise, it was a stark contrast. The interior walls, pillars, and even the ceilings were covered in gold, with a grand chandelier handing right over the main altar. In the middle of a small marble enclosure sat the stone idol of the holy saint. The shrine was off-limits to visitors but one could get a view up close from about an arm’s distance. With our online booking, we could skip the mainstream queue but had to wait nevertheless to reach the priest who was doling out prasad and blessed the offerings given by devotees. I couldn’t stop marveling at the grandeur of the place. As we drew closer, to the altar, I saw the Samadhi in front of the shrine, also cordoned off from the visitors. It is said that this was where Sai Baba took his last breath and left for the heavenly abode. It was carved out of marble and covered with bright orange cloth.

Soon, we finished our darshan and moved to explore the temple complex.

We headed to the Gurusthan – a marble enclosure built under a Neem tree on the premise. Gurusthan, or ‘the seat of the teacher’ was where Sai Baba was first seen. He would sit under the neem tree and share his teachings with his very first followers. Around the corner from that site, was the sacred fire or Dhuni. It is believed that the fire was lit by Sai Baba and is so miraculous that it never dies.
The sun was getting hotter and we decided to head back to the hotel for lunch and some rest.

A divine ending to the day

Later in the evening, we came back to the temple to view the aarti session. This prayer session is said to be one of the most divine experiences at the temple. And when it happened, I could see why. It was followed by a puja and ended with offering prasad to the devotees.
Throughout the trip, my grandfather told me fascinating stories about Sai Baba and his life, and the experiences of people that he had heard of. I was truly awed by the anecdotes, the sight of the temple and the overall energy of the place.
When it comes to visiting such holy places, every season is a good season, and every time is a good time. We had no particular objective but to experience a holy place as a family, which gladly, we could successfully achieve.

• If you are traveling solo or with a lesser number of people, you can book a dependable Pune to Shirdi cab, which you can keep with you for the day or overnight stay.
• The best time to visit Shirdi is either late winters or after the monsoon.
You might also like
Travel