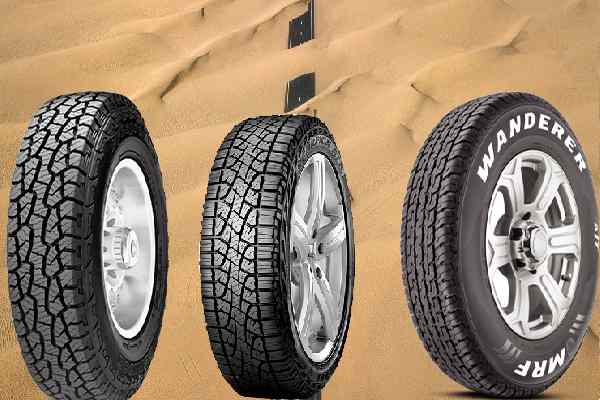 Share
To understand the differences between passenger car and SUV tyre, it’s essential to know about both types of vehicles. First is the design that signifies SUVs rather bulkier and heavier than however overall construction is the same way as with passenger cars. Passenger cars are designed to carry passengers on smooth and paved tracks unlike SUVs that are purposely built to trek on different terrains including rough and rocky.
Of all the differences, most notable are in the respective tyre types and you’re probably wondering about it! As we speak, almost every vehicle even with a similar built have notable difference in the tyres so you need to be extra careful when shopping for the wheels.
1. The basic variations
Much like the vehicle itself, an SUV tyre is larger and bulkier as compared to that which is mounted on a passenger car. These tyres have a jagged tread pattern that’s suited for occasional off-road trekking.
Car tyres on the contrary are engineered to result in a smoother ride on paved surfaces whereas the tread pattern is designed to siphon water away thus prevent aquaplaning as complete rubber element is in contact to the road.
2. The rubber compound
Call it a rule in the automotive industry; as vehicle’s weight increases, harder rubber compound is required to withstand the gradual increase in frictional wear. Take for instance a 2,000 lb. race car that uses highly adhesive rubber which provides superior grip or traction on the road for cornering smoothly.
Then there’re tractor trailers whose tyre rubber is as hard as concrete for longevity whereas trains have metallic wheels with electromagnetic force that keep the transport on track. Using tyres with a hard rubber compound come at a certain trade-off! Since road traction and cornering grip is exceptional with soft rubber, harder compound also makes it difficult to manage a vehicle when cornering.
3. Construction of the sidewall
SUVs usually boast taller sidewalls which is the vertical part of the tyre connecting tread to the rim. It can flex greatly under cornering if all else were equal. To prevent the stretching or flexing of the sidewall under heavy weight of the vehicle, engineers of an SUV tyre uses thicker rubber compound. Do note that element of smooth riding is affected with all this!
4. The tread patterns
Passenger car tyres come with lateral grooves that are far more swept-back as compared to the SUVs. This allow more of the rubber to come in contact with the road at any given point thereby increasing the dry-road traction.
Tyres for SUVs have more squared-off tread blocks which increases force in terms of pound-per-square-inch at the point where tyre comes in contact with the ground. These features are a reason SUV tyres can dig deeper into the rough tracks for a powerful grip.
5. Speed rating
SUV tyres usually have low speed rating as compared to the passenger car counterparts mostly due to knobbier treads that’s less capable to dispersing sustained heat accumulated from high speed riding.
Conclusion
The above details would surely help you purchasing Falken tires and how to differ them when compared with a passenger car.
You might also like
Business

How You Can Effectively Review the Quality of a Business